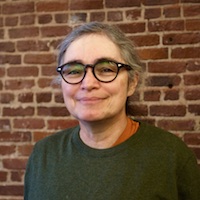 Melinda Shore is a Principal Security Architect at Fastly, where she works on PKI and TLS-related problems. She's been active in the IETF since the mid-1990s, having brought in some of the earliest middlebox traversal work. Her computing background was originally in operating systems and distributed and parallel computing, and has spent much of her career hopping back and forth between academia and networking companies (the latter including Nokia and Cisco). Melinda's undergraduate degree is in music theory (Ithaca College) and her doctoral work (incomplete) was in information retrieval (University of Chicago).