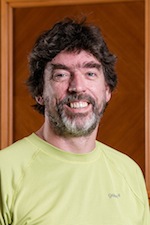 Stephen Farrell is a research fellow in the School of Computer Science and Statistics at Trinity College Dublin where he teaches and researches on security and delay/disruption-tolerant networking (DTN), and in 2006 co-authored the first book on the latter topic. He is a co-founder of Tolerant Networks Limited , a TCD campus company. Tolerant Networks are currently funded by OTF to implement the draft ESNI specification in the DEfO project. Stephen's IETF participation is supported in part by the EU-funded standict.eu scheme and sponsorship from IEDR (the .ie ccTLD). In 2017, Stephen escaped the IESG after a fun 6 years but was recaptured by the IAB in 2019.