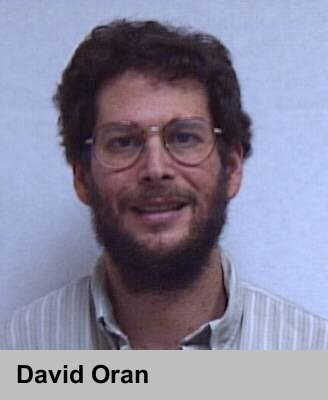 David Oran was until September 2016 a Fellow at Cisco Systems. He is now independent and pursuing his interests in research in a number of areas, including ICN. Recent work has been in congestion control for ICN, and in tradeoffs around privacy versus other desirable system attributes. His long term technical interests lie in the areas of Quality of Service, Internet multimedia, routing, and security. He was part of the original team that started Cisco's Voice-over-IP business in 1996 and helped grow it into a multi-billion dollar revenue stream. He is currently working on adaptive bitrate video over IP networks, and advanced research on Information Centric Networks.

Prior to joining Cisco, Mr. Oran worked in the network architecture group at Digital Equipment, where he designed routing algorithms and a distributed directory system. Mr. Oran has led a number of industry standards efforts. He was a member of the Internet Architecture Board, co-chair of the Speech Services working group, and served a  term as area director for Routing in the IETF. He was on the board of the SIP Forum from its inception through 2008. He also serves on the technical advisory boards of a number of venture-backed firms in the networking and telecommunication sectors.

Mr. Oran has a B.A. in English from Haverford College.