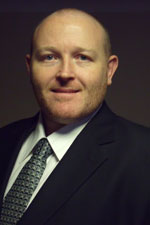 Terry is the Director of DNS Engineering at ICANN, he is responsible for L-root (one of the 13 root servers) and manages the talented team that keeps it humming along with the infrastructure supporting the portfolio of ICANN organisational domains. Terry also serves on the board of AusNOG, the Australian Network Operators Group. For almost all of his career he has held operationally focused roles and, while Terry has a number academic parchments on the wall, he prefers to see tangible links between concepts and actual deployability. In the research realm Terry is most interested in advancements in Internet networking (home, enterprise, global) and the behaviours of large scale network services and topologies, and the impact they have on the end user.