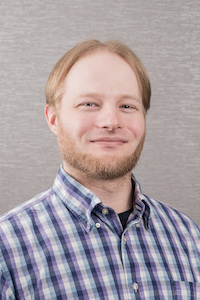 Benjamin Kaduk is a Senior Software Engineer at Akamai Technologies where his work focuses on secure communication technologies, including the IETF standard Transport Layer Security; he is currently serving as an IETF Security Area Director. In addition to his efforts as an author and contributor to standards, he has been the co-chair of the IETF KITTEN and ACE working groups, and continues to be involved with the development of security standards in the IETF. Benjamin is very active in the world of open-source software, as the lead developer of the OpenAFS network filesystem, an OpenSSL committer, maintainer of a couple of Debian packages, and a FreeBSD documentation committer. Benjamin previously was a staff member at the MIT Kerberos Consortium, where his responsibilities included membership in the security team, software development for the reference MIT krb5 implementation, and evolution of the Kerberos and GSS-API protocols. Benjamin holds a Doctor of Philosophy degree in Chemistry from the Massachusetts Institute of Technology.